In the field of 3D object scanning, laser scanning (also known as lidar) combines the controlled steering of a laser beam with a laser rangefinder.By taking distance measurements in every direction,the scanner can quickly capture the surface shape of objects,buildings and landscapes.The construction of a full 3D model involves combining multiple surface models obtained from different viewpoints,or mixing other known constraints. Small objects can be placed on a rotating base using techniques similar to photogrammetry.3D object scanning can enhance the design process,speed up and reduce data collection errors, saving time and money, making it an attractive alternative to traditional data collection techniques.3D scanning is also used for mobile mapping,surveying, scanning of buildings and building interiors,and archeology. 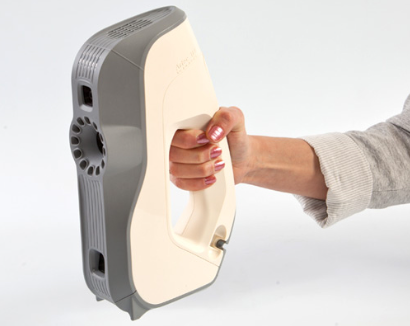 Depending on the power of the laser,it affects the workpiece differently: lower power values are used for laser engraving and laser ablation,where material is partially removed by the laser.With higher powers,the material becomes fluid and laser welding is possible,or if the power is high enough to remove the material completely,laser cutting is possible.Modern lasers can cut blocks of steel 10 centimeters thick or more,or ablate a layer of cornea that is only a few microns thick.The laser's ability to harden liquid polymers along with laser scanners is used for rapid prototyping,and the ability to melt polymers and metals together with laser scanners to produce parts through laser sintering or laser melting.The principle used for all these applications is the same:software running on a PC or embedded system and controlling the entire process is connected to the scan card.The card converts the received vector data into motion information that is sent to the scan head.The scan head consists of two mirrors that deflect the laser beam in one level (X and Y coordinates).The third dimension is-if required-achieved by specific optics capable of moving the laser focal point in the depth direction (Z-axis).

Certain special applications require scanning of the laser focus in three dimensions, such as laser scribing of curved surfaces or marking in glass,where the laser must affect the material at specific locations in the material.For these cases it is important that the laser has as small a focal spot as possible.To enhance high material throughput in laser scanning applications and/or production processes,scanning systems with multiple scanning heads are used.Here, software has to control precisely what is done in such a multi-head application:perhaps all available heads have to mark the same content to complete processing faster,or the heads mark a job in parallel,where each scan head performs Part works in case of large working area.

Many barcode readers,especially those capable of reading barcodes at distances of several meters, use a scanning laser beam.In these devices,a semiconductor laser beam is usually scanned with the help of a resonant mirror scanner.The mirrors are electromagnetically actuated and made of metal-coated polymers.

Laser shows typically use two galvanometer scanners in an X-Y configuration to draw patterns or images on walls,ceilings,or other surfaces,including theatrical smoke for entertainment or promotional purposes.